This is BOEKIE WOEKIE, books by artists. If you have come straight to this page thanks to a search engine, click here to be taken to the Boekie Woekie home page where you can find links to our entire stock of artists' books and information about our shop/gallery.


I Drew Some Names From A Hat 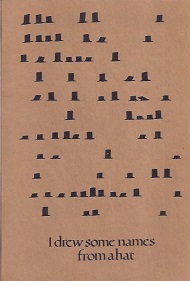 I Drew Some Names From A Hat 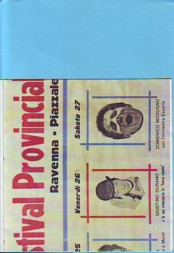 catalogue on an exhibition by Unnar Örn Auðarson in addition to bring together little-known collections by individuals, held by the city of Reykjavik, 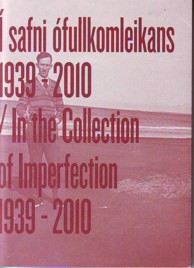 I Safni Ofullkomleikans In The Collection Of Imperfection 1939-2010
I Wonder What My Passion Is  I look It Up In The Dictionary
announcing “The Complete Dictionary” of 50 thousand existing and not yet existing 6 letter words writable with the Latin alphabet, with texts about language by K.Mistan, T.Melzer, M.Stokhof, stapled, 16 pages, 25,5 x 10,5 cm, (Amsterdam) 2004
check the shopping cart section of www.BoekieWoekie.com for the availability of this item 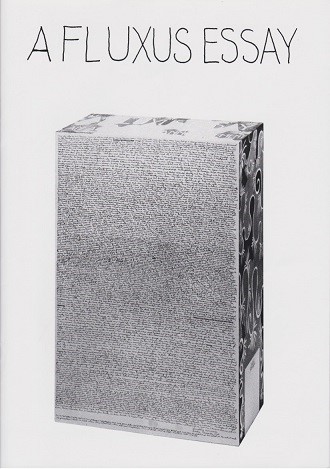 a declaration of a slave addressed to its master, the Emperor Bastian de Bock, on his 39th birthday that provides insight into their relationship, text in German and English, translated into German by W. Teichmann, soft cover, 15 x 10,5 cm, 64 pages, ed/700, Berlin 1980 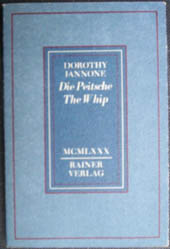 on the occasion of an exhibition, reproductions of works from the years mentioned in the title and that part of the text “Notes For An Autobiography” which is called How I Began to Paint, rendered in reproduced hand-writing, Engl./German, German by W.Teichmann, stapled, 16 not numbered pages, 27 x 19 cm, Berlin 1989

EUR 35.- (this copy with a small stamp of a former owner on the cover) 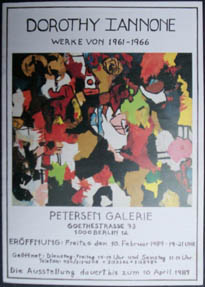 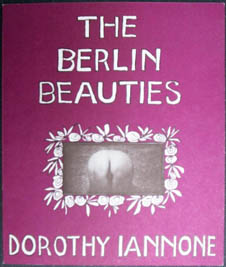 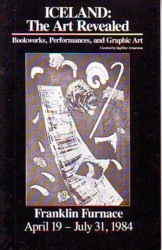 on the occasion of an exhibition of works by 25 artists close to Gallery Suðurgata 7, with an illustrated text by Aðalsteinn Ingólfsson and samples of works, soft cover, 21,5 x 15 cm, 70 not numbered pages, Firenze 1980


Identitäten
the results of the artists closely cooperating: 81 sentences by Eugen Gomringer and 81 zincographic prints by Heinz-Günter Prager (as well as the book design), hard cover in slip case, 168 not numbered pages, 28 x 28 cm, numbered/333, signed by both, Köln 1981
EUR 140,00 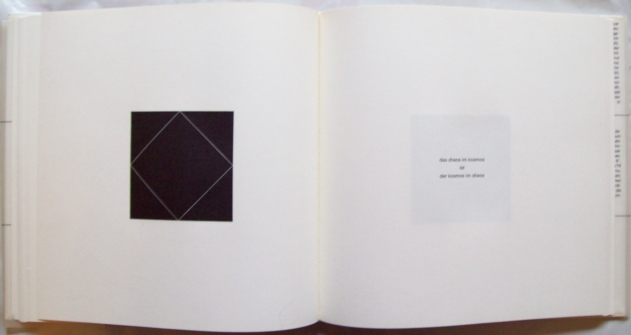 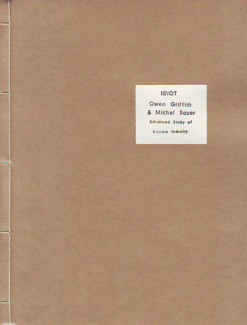 photographs (as) from a personal album with occasionally a few words referring to people or events from the world of the photographer, and a passage from the Old Testament, soft cover, 29,5 x 21 cm, 122 not numbered pages, ed/25, Amsterdam 2009 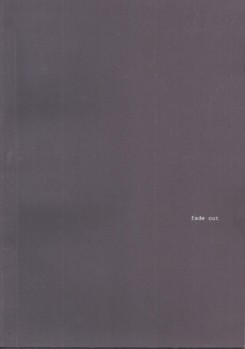 Illusions Of The Frisian Landscape

this chronicle has been written by Yvonne Grotenboer and Rieke Vos, this novella is a true account of the ventures of the French artist Eric Giraudet de Boudemange during his residency at Kunsthuis SYB in Beetsterzwaag in 2015, text in Frisian and English, hard cover in dust jacket, 24 x 16 cm, 163 pages, Amsterdam 2017 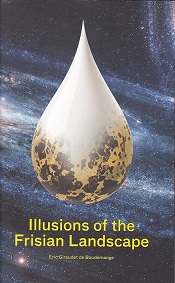 Illusions Of The Frisian Landscape 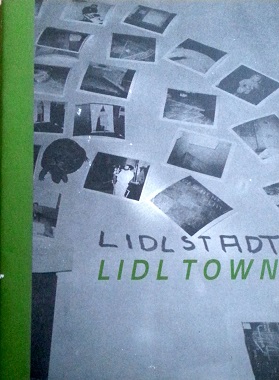 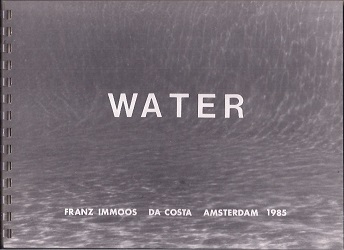 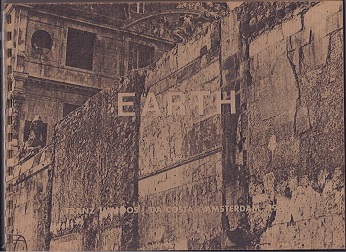 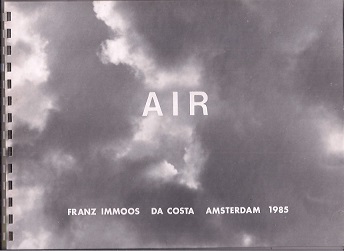 “Alatalo's text and Wilson's textile-based imagery interweave to reflect upon the subversion of a domestic task”, needlework images and a brief accompanying text spread out over the pages, with a tipped in a piece of thread, by Sally Alatalo and Anne Wilson, on the occasion of an exhibition by Anne Wilson, text in English, sewn, 22 x 14,5 cm, 16 not numbered pages and a loose insert, Chicago 1995 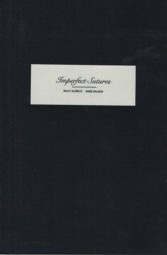 
In Almost Every Picture # 6-10
found and edited by Erik Kessels and Joep Eijkens (#7), Hironori Akutagawa (#8), Michel Campeau (#10), 5 volumes of photographies in a slip case from felt: #6 a series of passport photos documenting the life of a woman around the middle of last century, #7 a series of photographies shot in the true sense of the word at fairgrounds, #8 a series of always the same rabbit balancing a great variety of things on its head, #9 the impossible pictures of a black dog, #10 restaurant guests being photographed for decades feeding a piglet, 21 x 9 x 16,5 cm, together 644 pages, #6 is numbered of 100 and signed by E.K and someone else and contains a DVD with an animated slide show of the book’s pictures accompanied by a composition by Robin Rimbaud-Scanner, Amsterdam 2007-2011 (price on request) 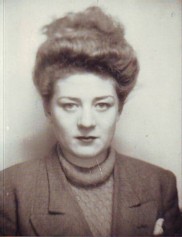 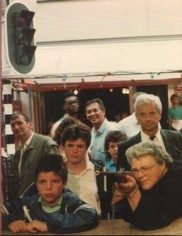 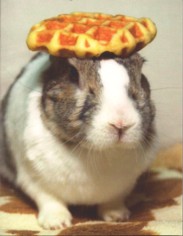 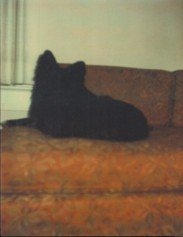 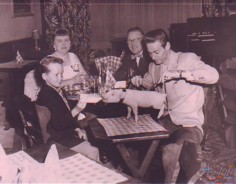 In Almost Every Picture 6-10


In Almost Every Picture by Erik Kessels and Andrea Stultiens
a found series of 111 colour photographs (full page reproductions) showing the same women in a taxi next to the driver’s seat in holiday landscapes of central Europe, with explanations at the end, soft cover, 222 pages, 20 x 15,5 cm, Amsterdam 2003
EUR 30.- 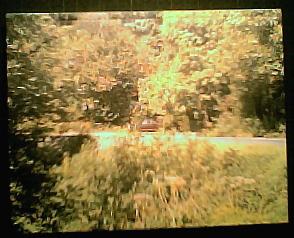 In Almost Every Picture 02 taxi


In Almost Every Picture by Erik Kessels
more than 70 b/w photographs taken during the late 30ties, early 40ties of the last century of not identical twins who dress the same, a found series of photographs (full page reproductions) which begins at least then to tell its disconcerting story when one of the young women stops to appear in the pictures, with a brief text at the end by Tyler Whisnand, soft cover, 172 not numbered pages, 20 x 15,5 cm, Amsterdam 2005
EUR 30.- 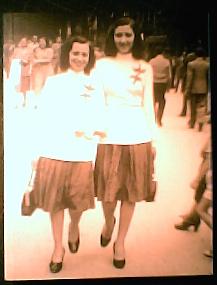 In Almost Every Picture 04 twins


In Almost Every Picture by Erik Kessels and Marion Blomeyer
more than 77 colour and 11 b/w photographs taken of a Dalmatian and his people, a found series of photographs, with a brief text at the end by Tyler Whisnand, soft cover, 161 not numbered pages, 20 x 15,50 cm, Amsterdam 2006
EUR 30.- 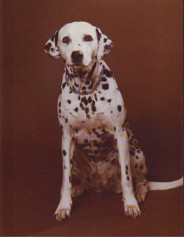 In Almost Every Picture 05 dalmatian

In Almost Every Picture 06 passport pictures

In Almost Every Picture by Erik Kessels and Joep Eijkens updated edition: with 8 new shots 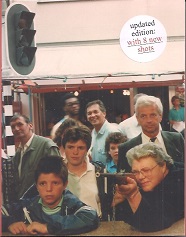